Palma Pacifica is spearheaded by a FRAUD! 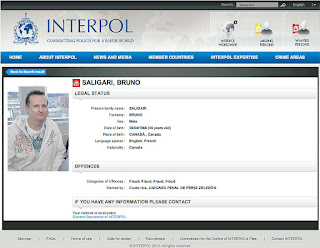 Situated in a small community outside Dominical in Hatillo sits a bunch of marsh land where a well known fraud Don Dicker is attempting to find investors in to his latest scheme.

Anyone thinking about buying anything from this guy other than a used car should have their head examined.

Palma Pacifica has no permits nor does it have secured concessions by the government. No environmental impact study. Basically there is nothing here but swamp. As for being an honest man who wants to do good in the community, well there is a bold face lie. He is a fraud who operates via proxy through another well known real estate fraud Bruno Saligari who was shamed in front of a loaded passenger airliner in Cancun when Interpol authorities arrested him for four counts of felony fraud.

Sound like the type of person you could trust to invest your hard-earned money with? Not to mention his association with Costa Rica's most corrupt attorneys and notary public which he uses to perpetrate his crimes.

An investigation in to the death of his estranged girlfriend who's body was discovered on his property is currently underway. One of the properties in which he is currently attempting to defraud was her home where only hours after her death Don Dicker was witnessed illegally entering.

The 65 year old man has been described by locals as a "creeper" who stalks upon young women. He has also been called a sexual deviant by former girlfriends who've endured his abusive behavior.
Posted by Amanda at 7:48 AM